On August 13th 2013 Guy Martin reached 112.94mph on bicycle cycling behind a modified racing truck at Pendine Sands, South Wales and became Britainâs fastest cyclist. For the preceding eight months Guy Martin had been working with Dr. Jason Hill of Dynamiq Engineering Ltd to develop the aerodynamic and structural modifications for the racing truck necessary to make this record breaking speed possible. 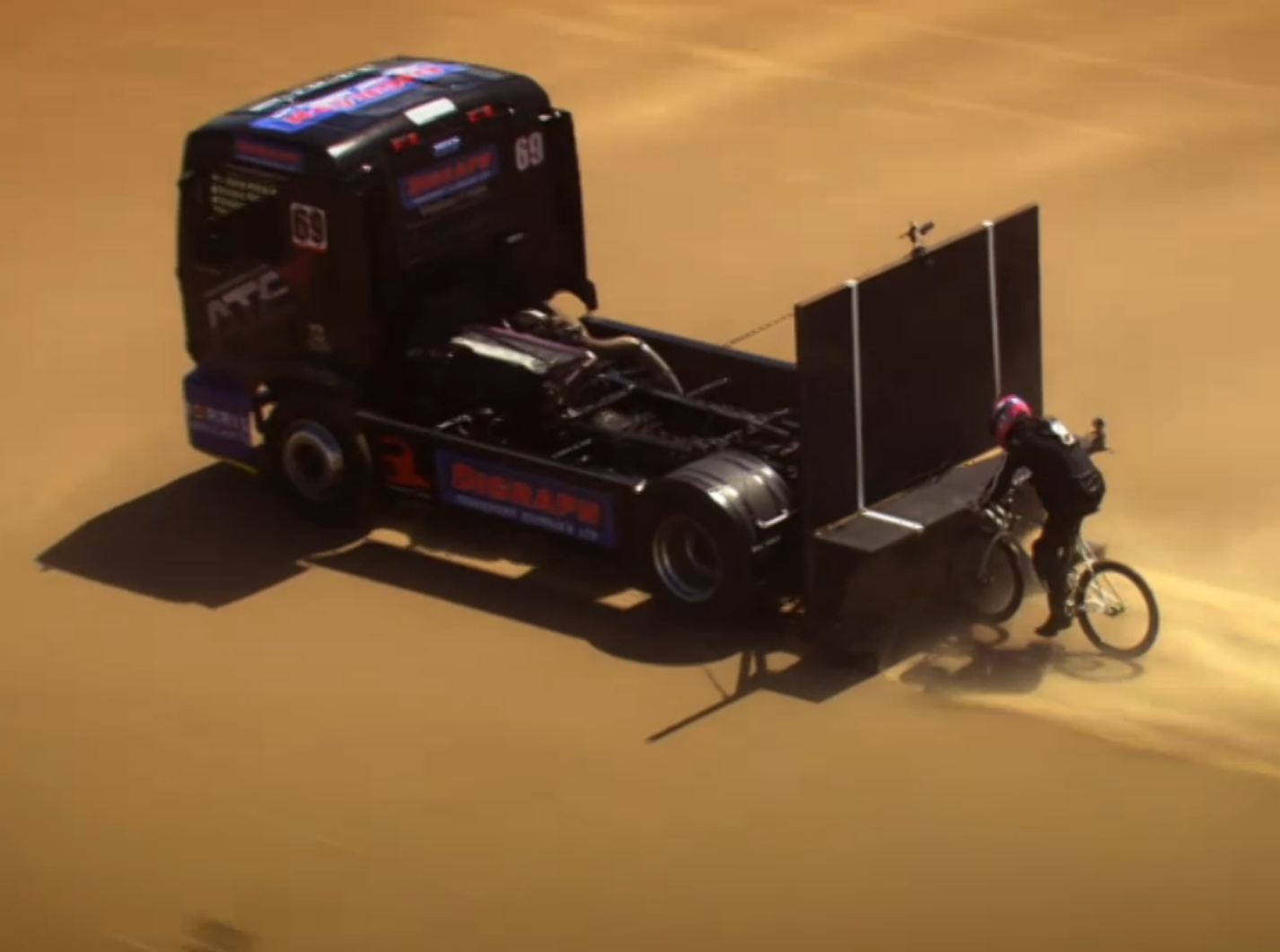 Dynamiq Engineering Ltd, were tasked by the production company to develop a suite of modifications to Dave Jenkinâs racing truck to create the largest possible slipstream, hence eliminating the aerodynamic drag that Guy would have to overcome and allowing him the reach the record breaking speed of 112.94mph. The modifications involved the design, simulation and testing of a screen canopy to create the strongest possible aerodynamic recirculation behind the truck. The objective of the aerodynamic design was not only to eliminate drag, but if possible to create a positive thrust on Guy to help overcome rolling resistance. 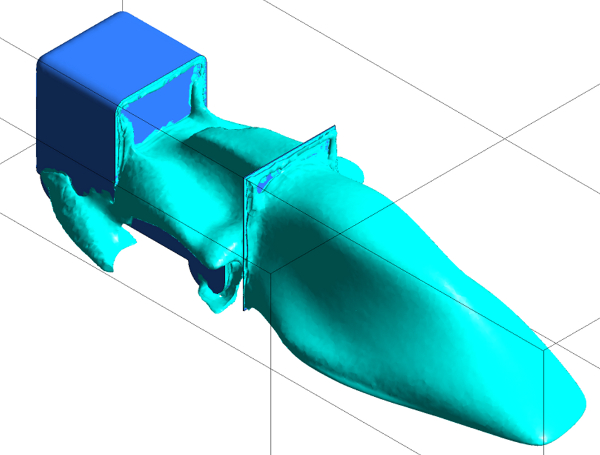 Numerous canopy designs were considered, including partial and full enclosures, deflectors and simple screens. 3D CAD models of the truck and the canopies were developed and extensive engineering simulation carried out. Initially the simulation focused on flow analysis to optimise the strength and scale of the wake generated by the truck. Transient flow simulations were carried out to capture the motion of the wake and help Guy visualise the violently unsteady, chaotic and turbulent environment in which he was hoping to cycle at over 110mph.

This record attempts forms part of a 4-program series currently being shown in the UK on Channel 4, in which Guy Martin attempts to break four speed related records including, outright speed on a bicycle, hydroplaning a motorcycle, fastest human powered flight and downhill sledging.

The series can be viewed online at:
http://www.channel4.com/programmes/speed-with-guy-martin

While there is no doubt that the success of this record on the day was due to Guyâs fitness, skill and experience in handling the bike under incredibly difficult circumstances, the record itself was made possible and all of the risks minimised through the extensive use of 3D CAD, finite element analysis and computational fluid dynamics by engineers with the expertise to use the technology correctly.